← Excel as a tool to analyze poetry
Word Trends in Duffy →

Upon our initial investigation, we wanted to look at the connection between the physical body parts and greater concepts and themes throughout the collections within the Links Tool from Voyant. Unfortunately, Links did not show other significant words connected with the physical body parts that we found most mentioned throughout the collection. If looking to write a paper, close reading would be the easier way to actually write a paper to find these connections as Links does not provide the right kind of information.

After putting in just the physical body parts, we also attempted to add the connection to love. Before using Links, we as a group anticipated a greater connection between love and the physcial body in The World’s Wife than in Mean Time. After fiddling around with the tool for while, we drew mixed conclusions. While Mean Time, did not show a connection between body parts and love, The World’s Wife showed that love was directly connected with head, eyes, face, and breast.  Furthermore, love was centrally placed between all the words.

Here is an example of these connections in Mean Time: 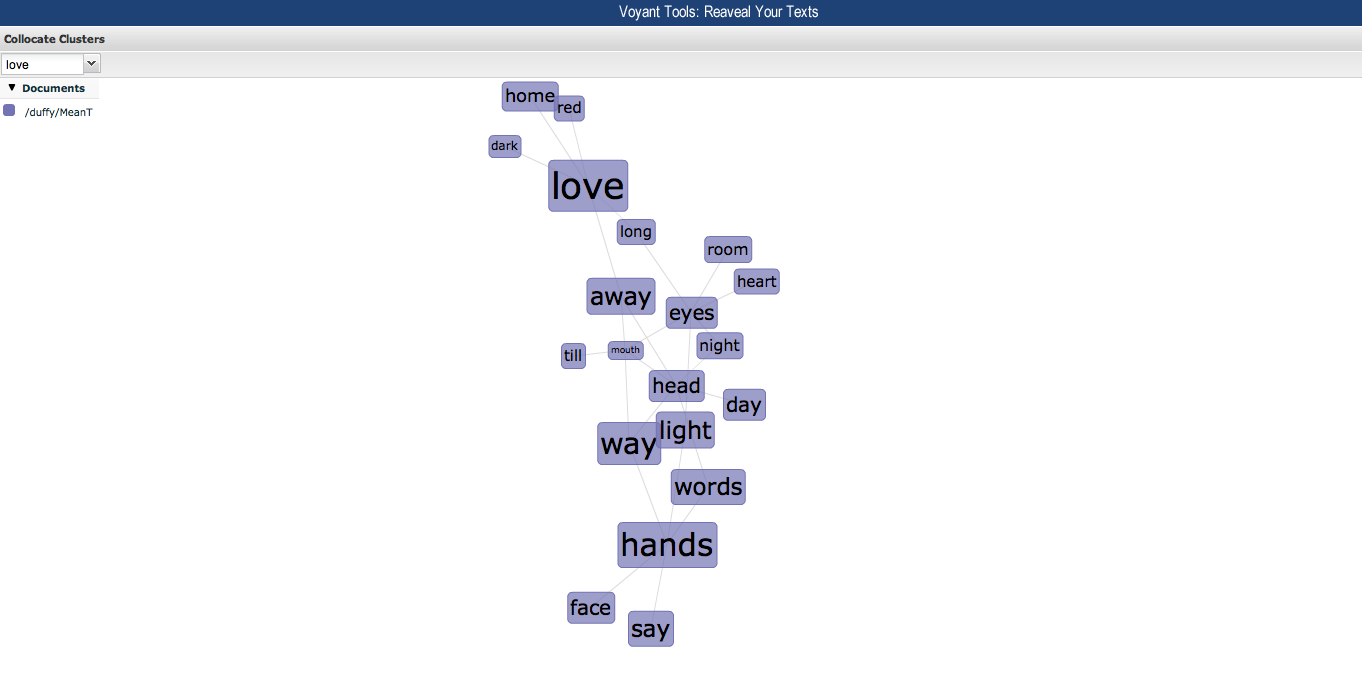 Links would be a more useful tool if it could combine plural terms with its singular counterpart. It would also be more effective if it could incorporate words that are used to describe a concept— an idea not as tangible as words in the poem. For example, in World’s Wife Duffy describes women and men with drastically different diction. When describing the females in her poems she calls them “Tough as fuck, Beautiful, Rich, Wonderful, Drop-dead gorgeous, Bad girls, Serious ladies, The captive beautiful, Less-loving one, Self-contained, absorbed, content, Like the best of men…but twice as virtuous as them (68), Belles/ of the balls. Queens of the Smoke, Ballbrakers…Prickteasers, Dressed to kill, Swaggering”.

Conversely she calls the men: “Bastard, Ugly as sin, Sheepish, Strange, wild, vain (11), Delirious, Idiocy, Greedy, Pure selfishness, Appalling, Useless, Jerk, dork, Slightly mad, cunning, and callous bastard (27).” These connections are lost in links because “man” or “woman” might not be used in direction conjunction with the adjectives. A tool that could also categorize and identify these distinctions would be more effective.
Here is an example of these connections in The World’s Wife: 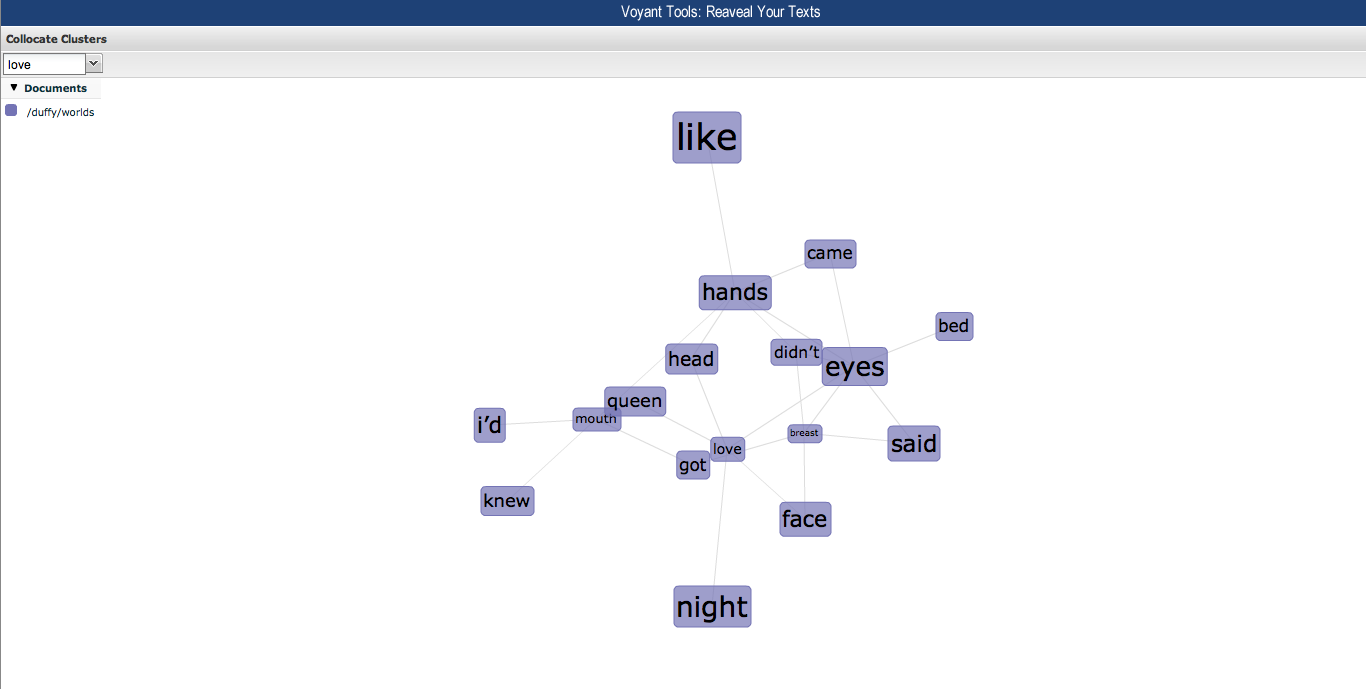 @briancroxall: And yes, that post does mention my #389dh class favorably, but don’t hold that against the conversation about DH pedagogy as emergent MOOC.
97 months ago
@briancroxall: I've just learned that my poster session about #389dh and the Duffy project has been accepted for #dh12. Hamburg, here I come!
112 months ago